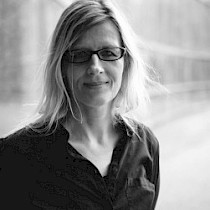 In our complicated world today, like our predecessors, we are faced with many challenges. Particularly coming out of the Covid-19 pandemic where we were dealing with social distancing, the necessity to isolate to live is intensified in people all over the world. This solitude and introspection bring our need for human connection to the forefront, and we find it crucial to re-examine what this means once more, for this time and age. In the
artwork, we consider how we see and understand each other, how we remember and find ourselves and how our seemingly small actions can influence and impact the world around us. The talk would present on new pathways to mediate science and technology through art and cultural metaphors and to develop alternative interdisciplinary artistic styles.