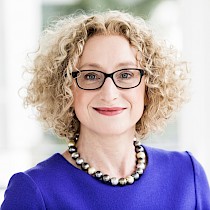 The triplet of Artificial Intelligence, Humans, and Technologies (acting in reality and reality-like environments), is a system of systems-type construct, spanning an unprecedented scale. The study of such constructs presents a number of novel challenges that have not been addressed, or even acknowledged, in the mainstream research on AI and related areas. Expanding the models in their environment means that humans, reality (physics), data (virtual), machines and algorithms live and interact with each other to solve real-world problems.