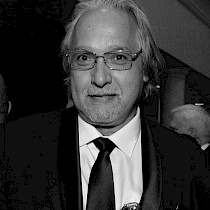 The scientific fundamentals of quantum physics, established in the early 20th century, explains how energy and matter behave at the tiny, sub-atomic scale. Objects can be in different states simultaneously (superposition) and connect without physical interaction (entanglement). Quantum physics and resultant engineering applications in healthcare, aerospace, banking, self-driving cars have transformed the world. Its core use of mathematics as a language that elegantly expresses "quantum reality" guides engineering applications and further scientific discourse.

How can we visually represent and communicate the fragile, and counterintuitive design of the quantum universe to the layperson? Artists and designers utilize visual metaphors that explore, discover, and examine contradictions in human communication and existence.
The artistic duo, Mark Chavez and Ina Conradi teamed up with science communicators Bianka Hofman and Robert Kastner with physicist Rupert Ursin to explore new pathways to mediate science and technology through art and story-centered fiction.
Quantum Logos (vision serpent) is the resulting artwork - an immersive, reactive audiovisual experience and short animated film that explores the fundamentals of quantum theory expressed through aesthetic design archetypes. Using this approach, Mark and Ina attempt to reframe difficult contemporary scientific concepts with familiar, intuitive design themes. They explore a new framework where the uninitiated can grasp challenging ideas to gain a fuller understanding of the nature of reality. With this cognitive make-over, the film-makers desire to broaden the scope of the work's initial focus, quantum theory, as seen through aesthetic design archetypes and introduce the broader nature that encompasses the designs themselves. In particular the ideas inherent to the understandings obtained by adherents to the Mesoamerican Vision Serpent. The film-makers assert that this understanding can bring the viewer closer to nature.

The work premiered for the 40th Anniversary Celebration of the Ars Electronica Festival at the Deep Space 8K theatre. The project is mentioned on the Austrian Academy of Sciences website Institute for Quantum Optics and Quantum Information Vienna (IQOQI) and the CERN Social Media Network Origin-Physics. The film is a finalist for Best Visual Effects at the Raw Science Film Festival 2020 in Los Angeles